In the morning of March 21, 2018, the University of Information Technology (IT) held a announcement ceremony of the decision on merging and handling the decision to appoint personnel at the Foreign Language Center. 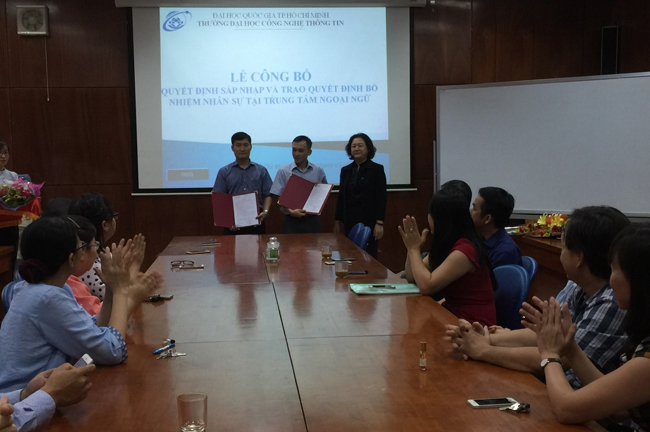 This merger is the policy of the Party Committee, the Board of Management and approval by VNU-HCM. This is the common trend of the foreign language training units of VNU-HCM members; offering opportunities to consolidate and promote the strength of existing resources in a streamlined and effective way; improving the quality of teaching foreign languages ​​to students.

Leaders of University, departments and members of the Foreign Language Center at the ceremony