There are 90 nationwide universities, colleges and institution with the participation of 667 students. The contest is divided into two groups and the paper form in 180 minutes. 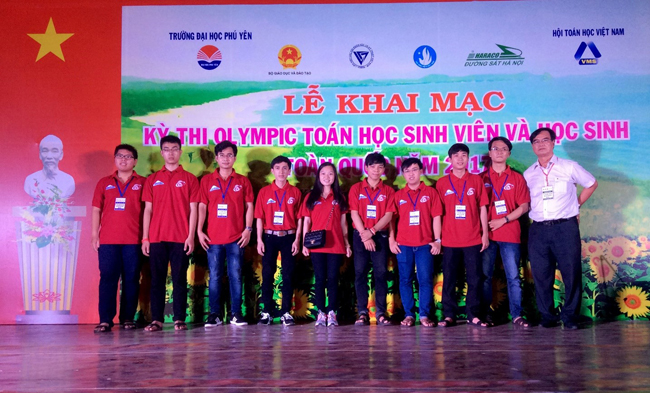 National Student Math Olympiad is an intensive knowledge course in Algebra and Analysis of undergraduate programs. The purpose of the contest is to improve the quality of teaching and learning mathematics, promote the movement of mathematics education and contribute to discovering and fostering talented students in Mathematics of universities, colleges and institutes, as well as provides opportunities for exchanges between students who are good at mathematics with students and lecturers of mathematics at universities, colleges and institutes in Vietnam. 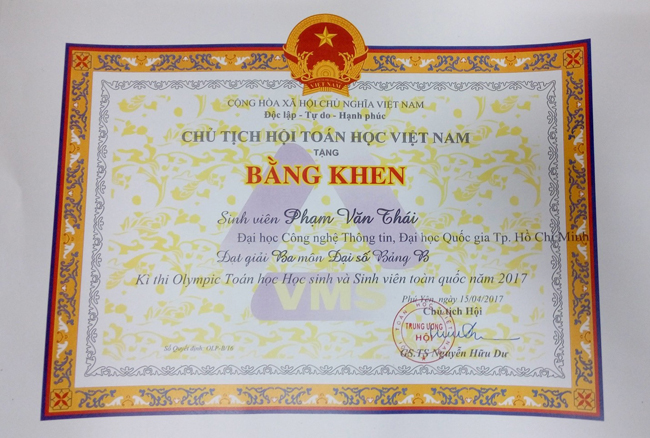 This is the second time, UIT students participate in the National Student Mathematical Olympiad. UIT students' mathematical team is sponsored and supported by FUJINET SYSTEMS Joint Stock Company. The 26th national student math Olympiad in 2018 will be held in Quang Binh.

07.2020
06
UIT’s student won the Second prize in the "Application of...
Congratulation to Hieu and Ho! The two contestants received their 2nd prize for the Awesome Prize Idea at the “...
END_OF_DOCUMENT_TOKEN_TO_BE_REPLACED

04.2020
03
ANNOUNCEMENT: Scholarship fund for UIT’S students impacted by...
The outbreak of the acute respiratory disease (Covid-19) which is caused by the novel strain of the Coronavirus (SARS-...
END_OF_DOCUMENT_TOKEN_TO_BE_REPLACED