September 8, 2022 - the VNUHCM - University of Information Technology (UIT) held an inauguration ceremony to launch a Smart Classroom. The building of the room was funded by the Grant Assistance for Grassroots Human Security Projects on Culture by the Government and People of Japan.

Present guests at the ceremony were Consul General of Japan to Ho Chi Minh City Watanabe Nobuhiro, Mr. Shiraishi Hideyuki - Head of Culture Department and those from the Japan Foundation, Japan Chamber of Commerce and Industry in Ho Chi Minh City (JCCH). On the UIT’s side, there were Assoc.Prof. Nguyen Hoang Tu Anh – President, Vice Presidents, and other heads of offices.

Speaking at the ceremony, Assoc.Prof. Nguyen Hoang Tu Anh expressed UIT’s deep gratitude and respect to the Consul General of Japan in Ho Chi Minh City for equipping the Smart Classroom so that UIT’s students were able to access modern teaching technology, learn in a comfortable study space to make their Japanese study easier. She stressed that the classroom as the potential mark in the cooperation between UIT and Japanese partners in particular. Assoc.Prof. Nguyen Hoang Tu Anh committed that UIT would make the room’s optimal use to provide opportunities for UIT’s students to learn the Japanese language. Besides, the room would be used in exchange activities and discussions to promote the friendship and mutual understanding between the 2 countries - Japan and Vietnam.

For his speech at an inauguration ceremony, Consul General of Japan to Ho Chi Minh City Watanabe Nobuhiro hoped that UIT’s students would enjoy a good chance at the Smart Classroom to practice the Japanese language to become “a human resource who positively contributes to Japan’s and Vietnam’s enterprises." He added that Japan prioritized economy in the Vietnam – Japan’s relationship as the “main pillar”, resulting that Vietnam had been increasing the Japanese businesses’ favorable investment destination. Therefore, they recognized the importance of UITs’ students for both Japan and Vietnam’s future prospects. The Consul General also wished the Classroom would be used to celebrate the Japan – Vietnam’s 50th anniversary in the establishment of diplomatic relations and exchange activities with Japanese partners.

The Smart Classroom was sponsored by the Government and people of Japan, under the “Grant Assistance for Grassroots Human Security Projects on culture.” The classroom is equipped with nearly 2 billion VND high-end computers so that UIT’s students learn Japanese in a modern and comfortable study space. Modern facility promotes the students’ intrinsic motivation in learning the Japanese language and efficiency. The classroom is the understanding of the Japan’s Government, the Consul General of Japan and UIT’s leaders on the importance of fluency in the Japanese language. After graduation, students become high-quality labor force in Japan’s businesses. They possess excellence in both IT field and fluency in speaking Japanese language, actively contributing to the development of ICT in the market of Vietnam and Japan. Thus, the classroom is the UIT’s commitment to its educational philosophy: "Inquisite - Innovation - Enthusiasm". 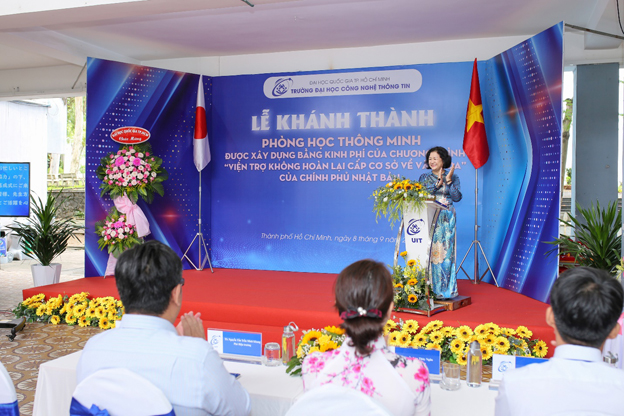 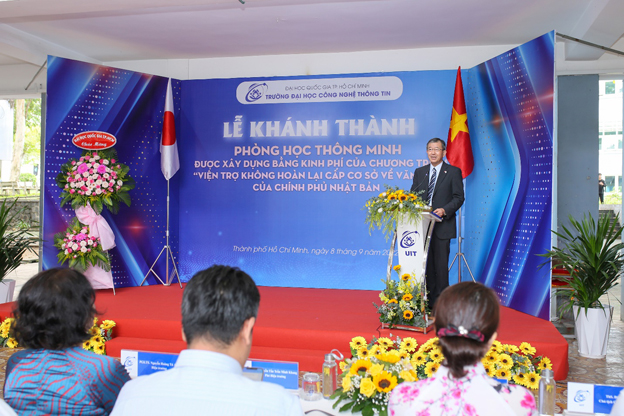 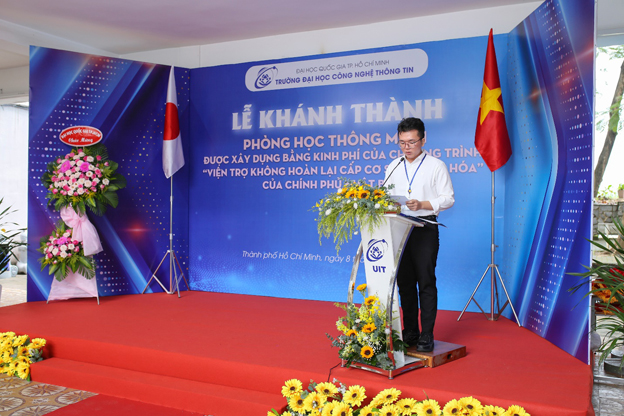 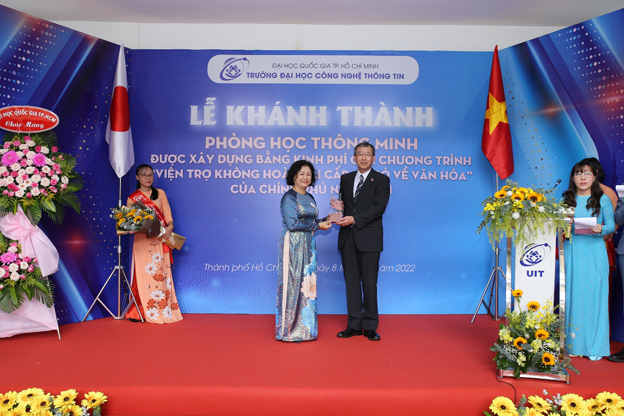 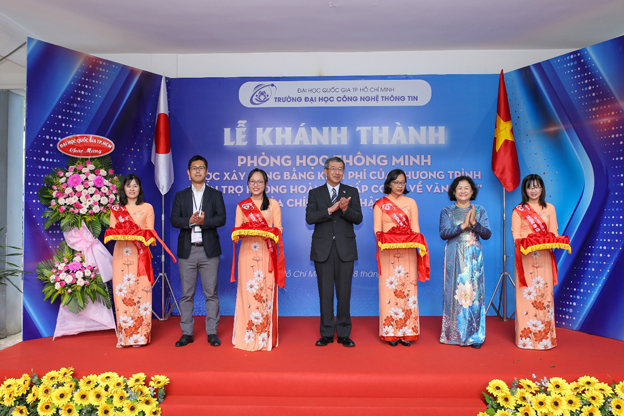 The inauguration of the Smart Classroom succeeded 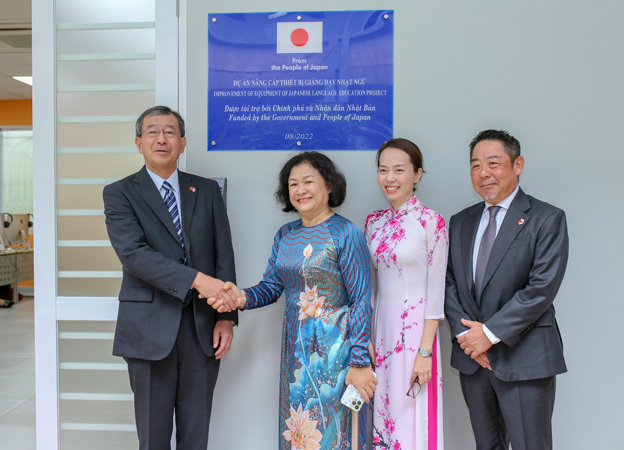 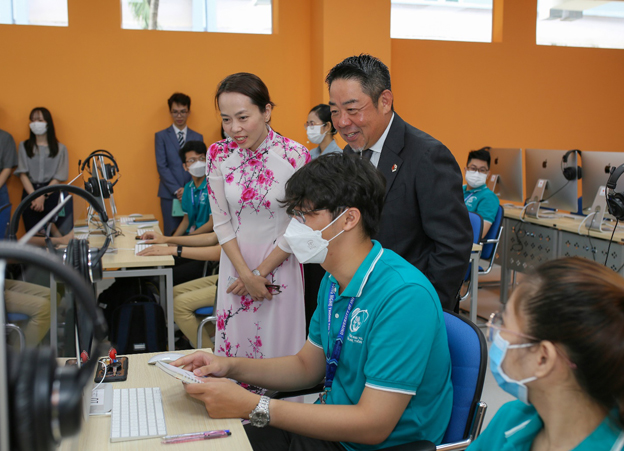 Lecturers and UIT’s students used the Classroom for the debut 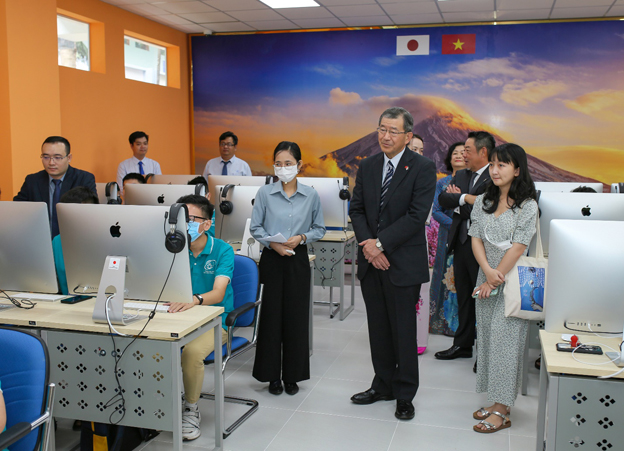 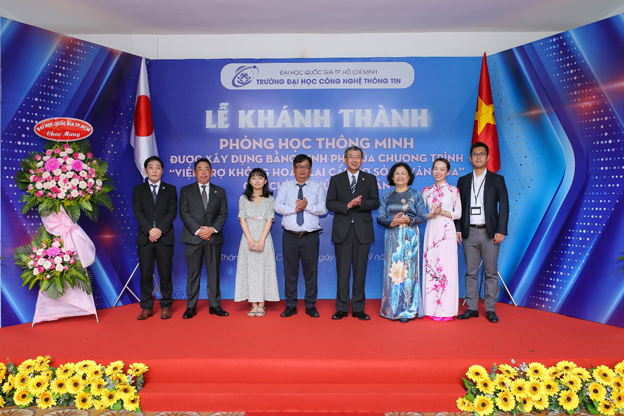 The representatives took a picture at the ceremony