The opening ceremony of the VNUHCM’s 2017 student sport festival

On April 11th, Vietnam National University Ho Chi Minh City (VNUHCM) kicked off to launch the 2017 Festival of Student Sport. The event took place at the Multifunctional Sport Hall of the University of Technology. Presented at the ceremony were those in VNUHCM’s system. They included Dr. Nguyen Duc Nghia - Vice President, Departments’ Leaders, Representatives to President Board of the university members, and last but not least more than 600 students, the athletes.

In his keynote address at the ceremony, Dr. Nguyen Duc Nghia highly appreciated the sport activities among VNUHCM’s students in recent years. He showed his wish that the Festival would become the highlighted activity in encouraging the students to engage in physical activities for their health. 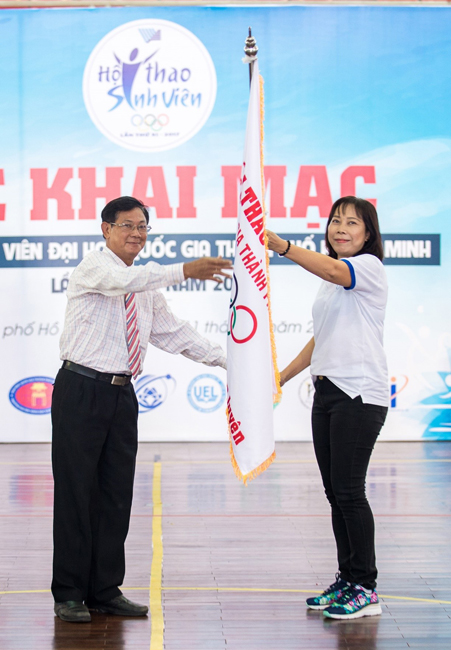 The Festival of Student Sport is regularly held every two years for VNUHCM’s students. This year’s festival attracted the athletes who were the students from the 9 university members. Nearly 1,000 competed in male and female futsal, male and female volleyball, male basketball, table tennis, badminton, chess, and Chinese chess. 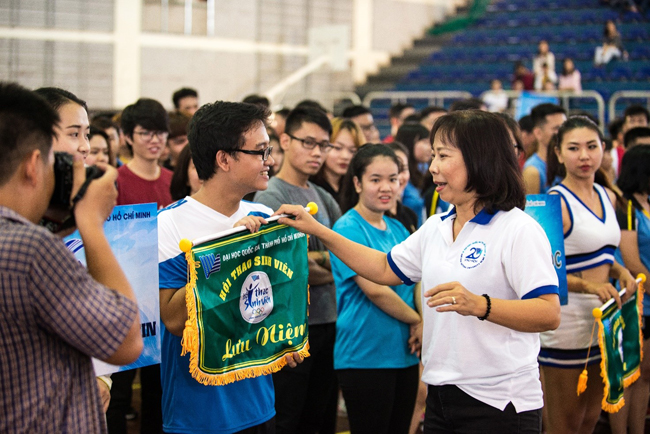 Dr. Le Thi Thanh Mai – Chairman handed over the winning flag to the athletes of
University of Information Technology 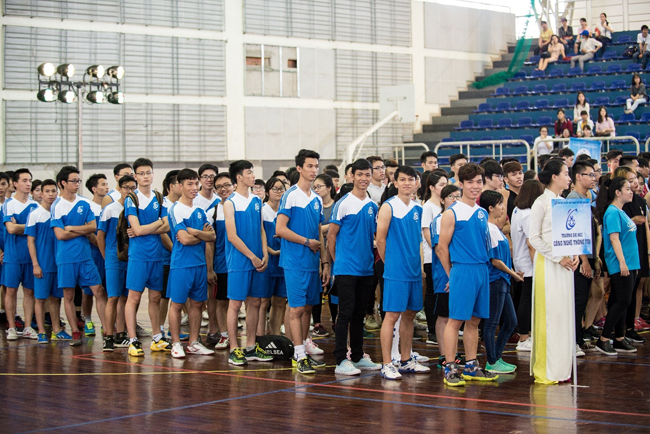 The opening ceremony also was marked with phenomenal musical performances by VNUHCM’s students; and featured with the show-up of Phuong Anh Idol - a Vietnam’s popular singer. This University of Economics and Law’s alumni won a Bronze medal at the 2007 Festival.

04.2020
03
ANNOUNCEMENT: Scholarship fund for UIT’S students impacted by...
The outbreak of the acute respiratory disease (Covid-19) which is caused by the novel strain of the Coronavirus (SARS-...
END_OF_DOCUMENT_TOKEN_TO_BE_REPLACED

04.2020
03
Defend online dissertation thesis amid the nCoV pandemic
Universities have recently adopted the remote education over the internet as the measure to contain the nCoV-19 by and...
END_OF_DOCUMENT_TOKEN_TO_BE_REPLACED

04.2020
03
COVID-19 has never been the obstacle to education
The outbreak of COVID-19 has taken hold and progressed “complicated”, Vietnam’s nation-wide students were officially...
END_OF_DOCUMENT_TOKEN_TO_BE_REPLACED