A student team from the University of Information Technology (UIT), who represented Vietnam was excellently ranked the 3rd place in the Cyber SEAGAME 2018. This has been the third time in a row since 2015 that UIT teams attain highest rankings in competitions in the Information Security field.

Cyber SEAGAME 2018 was organized for students, undergraduates and engineers from 15 to 30 years old to prove their ability in information security. Held on November 21st, 2018 in Bangkok (Thailand), the Game included 10 teams from 10 South East Asian countries. The objective was to develop the information security industry in these countries. All of the teams in on the competition was the champion. They were decided through national selection finals held by Ministries of Information and Communications through CERT.

The competition tested the participants 4 rounds in a day. They underwent a CTF style format, where each team applied skills such as network security analysis, reverse code translation, computer network defense, troubleshooting, and system safety assessment.

In this part, Vietnam’s team was placed the third behind Indonesian and Thailand’s teams, with the score of 2830, 2930, 2880 respectively. In September 2018, Vietnam’s team was ranked the second place at the Singapore Cyber Conquest 2018 competition, which was held in Singapore.

Photos at the competition 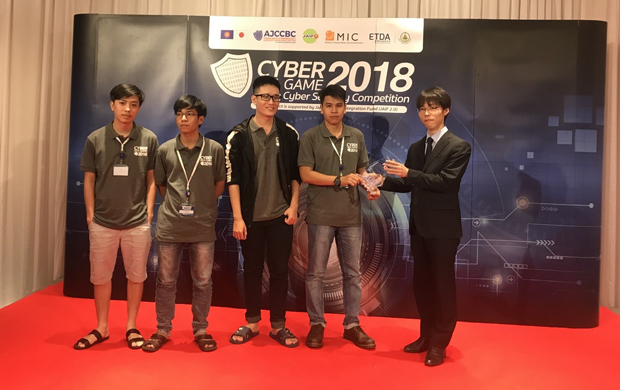 UIT team representing Vietnam is receiving medal from the Organizing Board 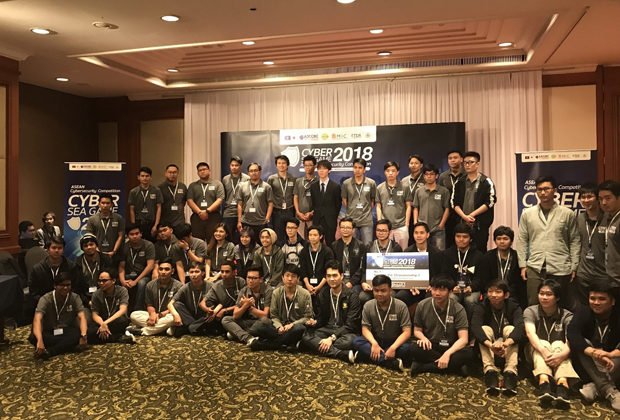 10 teams are taking a picture

Vietnam’s team is taking a picture

04.2020
03
ANNOUNCEMENT: Scholarship fund for UIT’S students impacted by...
The outbreak of the acute respiratory disease (Covid-19) which is caused by the novel strain of the Coronavirus (SARS-...
END_OF_DOCUMENT_TOKEN_TO_BE_REPLACED

04.2020
03
Defend online dissertation thesis amid the nCoV pandemic
Universities have recently adopted the remote education over the internet as the measure to contain the nCoV-19 by and...
END_OF_DOCUMENT_TOKEN_TO_BE_REPLACED

04.2020
03
COVID-19 has never been the obstacle to education
The outbreak of COVID-19 has taken hold and progressed “complicated”, Vietnam’s nation-wide students were officially...
END_OF_DOCUMENT_TOKEN_TO_BE_REPLACED