The thematic mentioned iOT’s future, its benefits in sectors such as: automatic, transportation, healthcare, production lines, infrastructure, insurance, etc. Additionally, Dr. Dean Steer said about the risks that iOT would cause problems such as cyber insecurity, personal data’s leakage, and high operating costs. The thematic brought more than 30 students in the talented and advanced program. This was considered as an opportunity to UIT’s students to listen to lecturers from advanced universities in the world. 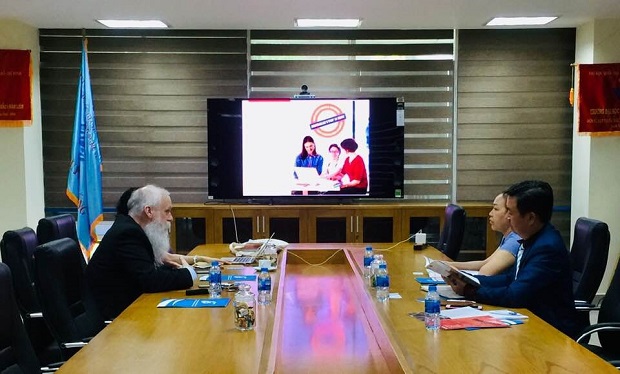 The meeting between Dr. Dean Steer and the UIT’s representatives opened opportunities for further cooperation in Blockchain, network security, and game development. The cooperation between the two institutions was aimed to give opportunities to UIT’s students to further their study orientation at the graduate level at the world’s well-known universities. Besides, the students will be able to do researching with scientists. 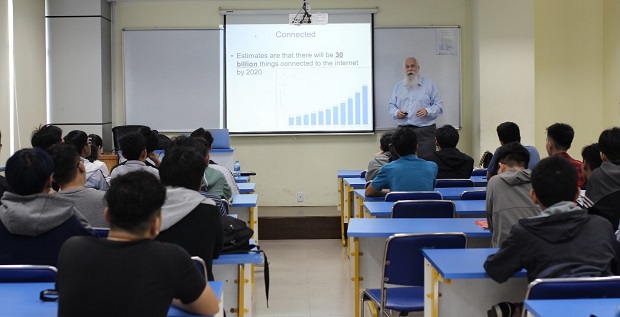 Dr. Dean Steer works at the University of Tasmania - Australia. He is a member of society: The Australian Computer Society (ACS), The Association for Computing Machinery (ACM), The Higher Education Research and Development Society of Australia (HERDSA).