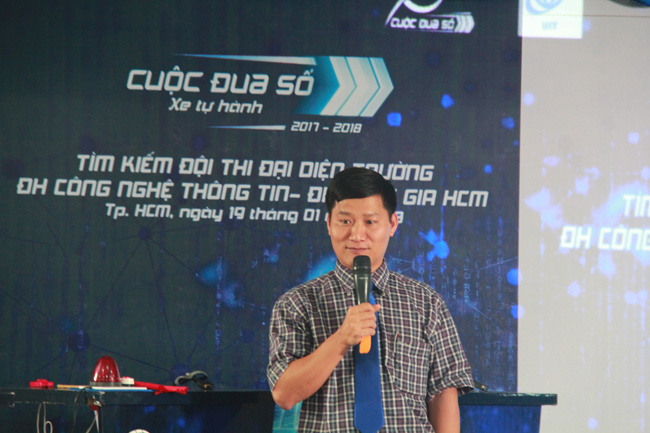 "I am very supportive that FPT bringing this competition to our students is meaningful in helping them to achieve important practical skills and access to future science," said Prof. Dr. Vu Duc Lung. 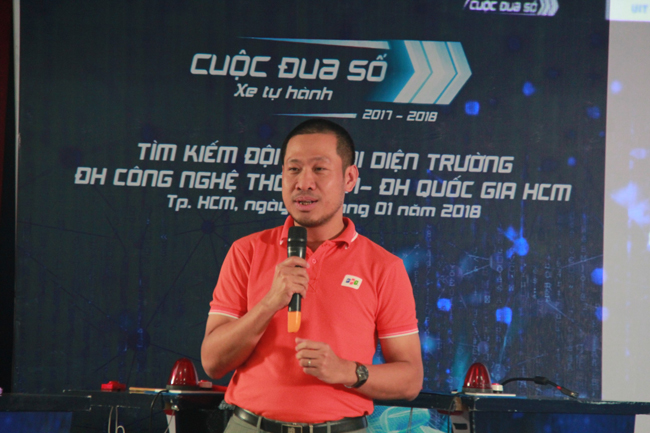 Mr. Nguyen Duc Quynh said that FPT was honored to host a technology competition to attract students all over the country to join in. This was also the goal that FPT set in the Fourth Industrial Revolution.

"We will be easy to fall behind in the future if we do not speed up now. The Digital Race is just the beginning to future unmanned rovers. You can also learn from this contest, you can access and gain knowledge of the technologies in this Fourth Industrial Revolution’s period, such as Image Processing, Identification, Motion, IoT, Cloud, etc.," emphasized Mr.Quynh.

The final results announced Komorobi to become the champion team with the highest score (7.61 points), with the highest prize of USD8,500; USD2,000/person for the FPT Software scholarship, an OPPO smartphone and an unmanned rover. Komorobi and Sophia were the two teams, representing UIT to compete in the 2017-2018 Finale – Digital Race. 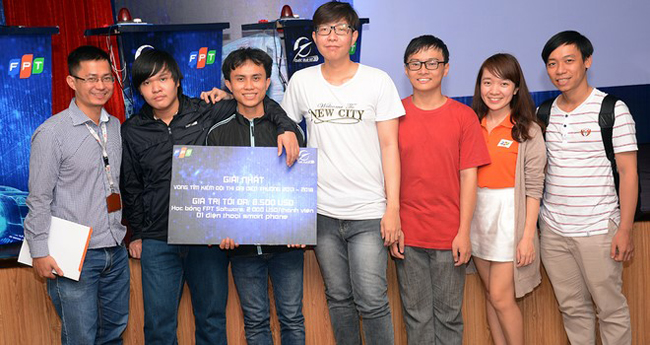 Komorobi headed to the champion with the highest score

Finale matches of the 2nd season would take place in April 2018. The total prize value would be up to VND 4 billion. Winner team would receive a prize value of 450 million dong for every winning round, including a one-week stay to access new technology in Japan, be recruited by FPT Software to work in the field in the individual’s desire.

04.2020
03
ANNOUNCEMENT: Scholarship fund for UIT’S students impacted by...
The outbreak of the acute respiratory disease (Covid-19) which is caused by the novel strain of the Coronavirus (SARS-...
END_OF_DOCUMENT_TOKEN_TO_BE_REPLACED

04.2020
03
Defend online dissertation thesis amid the nCoV pandemic
Universities have recently adopted the remote education over the internet as the measure to contain the nCoV-19 by and...
END_OF_DOCUMENT_TOKEN_TO_BE_REPLACED

04.2020
03
COVID-19 has never been the obstacle to education
The outbreak of COVID-19 has taken hold and progressed “complicated”, Vietnam’s nation-wide students were officially...
END_OF_DOCUMENT_TOKEN_TO_BE_REPLACED