Apps to find roads for shippers

TTO – Based on Google map, 3-year students group of University of Information Technology – VNUHCM (UIT) has rewritten algorithm about finding roads for many places with the shortest route for shippers.

The application automatically arranges and returns the most reasonable route with the total length of the route, the detailed way. As a result, users save time, travel expenses, especially driver groups or delivery staff. Familiar paths are saved for later history.

The inconvenience of the current Google Map is that it only provides two destinations, which cannot be extended by 7 to 8 locations, if you want to manually operate multiple times, not to mention when the user wants to be suggested the shortest route. 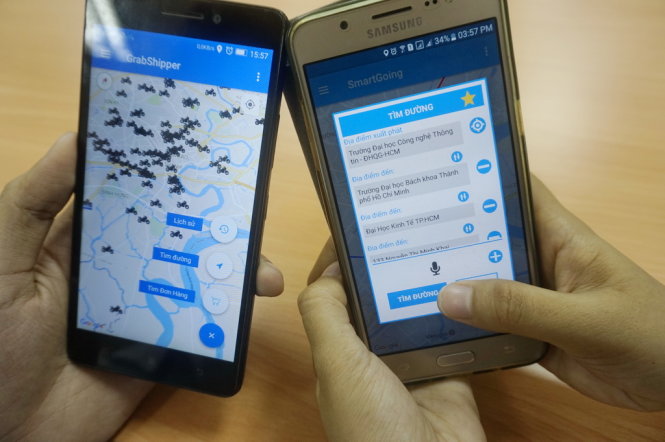 The route through four locations is easily entered by voice

"Compared with the programming world, writing the algorithm above is a simple operation, but the team has discovered the real needs of users while Google has not. We are surprised and happy to see that many of the ideas sent have something different and meaningful, "- said Nguyen Van Toan, Head of Student Affairs Office (UIT).

Awarded the best creative idea was organized by UIT, the group continues to develop applications dedicated to the shipper with the function of finding customers, accept orders, price, know the convenient route based on the address which is on available goods.

The team wants to integrate offline maps into this application for shipper use all the time, regardless of 3G or online maps.