On 6/6, Quacquarelli Symonds Education Organization (QS), UK publishes the QS World Ranking 2019 for the top 1,000 universities in 85 countries. It is the first time that Vietnam is listed with two universities appearing in this ranking. They are Vietnam National University, Ho Chi Minh and Vietnam National University, Hanoi. Among them, VNU-HCM topped 701-750, while VNU-HN ranked the top 801-1000. 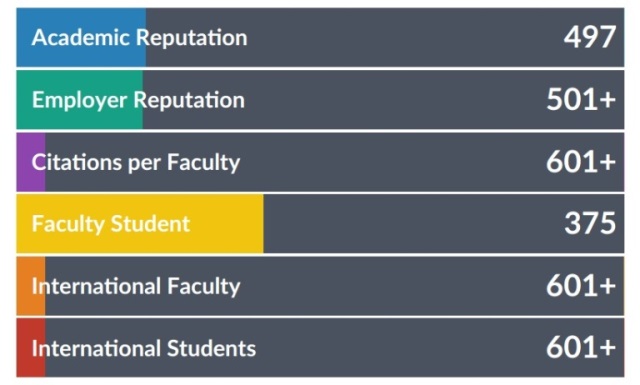 With the above results, VNU-HCM is ranked in the top 69% of the top universities in the QS World Ranking 2019 and 4% of the world's leading universities above a total of 23,000 universities.

For an objective database of reviews, QS World analyzed more than 97 million citations from 14 million Scopus articles, receiving feedbacks from 1.2 million scholars and 200,000 surveys with employers on a global scale to identify the best universities in terms of academic, practical skills, and the best university for qualified training and teaching adapting labor market.

QS World was founded in 2004 and this year is the 15th year when its ranking University chart is published.